Part One – Stormy Daniels & Other Headlines 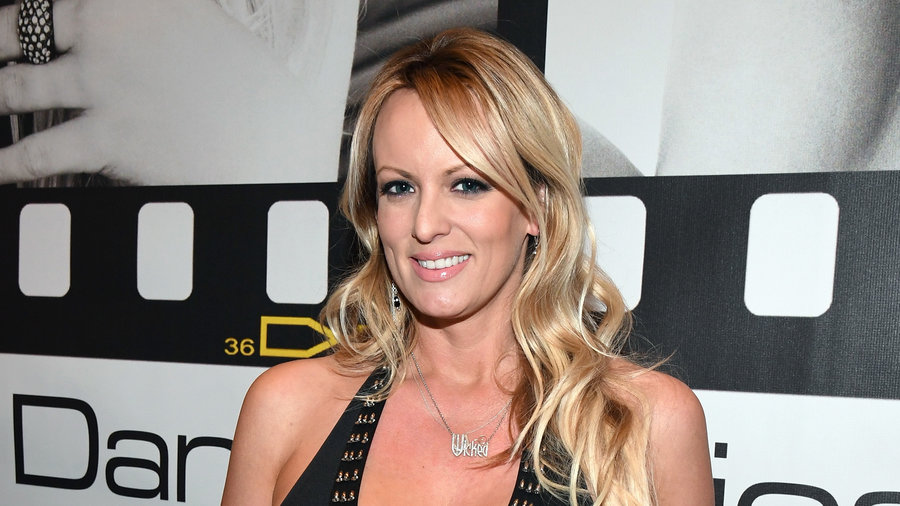 There were lots of viewers watching the Stormy Daniels interview, but that’s but one of a continuing number of disturbing stories surrounding this president.  A line in one of the related articles below puts it accurately & succinctly, offering a warning to everyone in the GOP & that media echo: To be on the wrong side of Trump will put you on the right side of history.  Sadly, it looks as though most GOP politicians are going to learn this lesson far too late.  This is the year we could see sweeping changes from the Russian investigation handing out indictments & at the ballot box handing out punishment: republicans-stay-on-the-right-side-of-trump-wrong-side-of-history.  The irrational/nihilistic mindset which latched onto the GOP & its echo-mouthpiece might be swept away to the dustbin of history, creating a void which can be filled with something new, sane, constructive & more inclusive.

In other recent articles from the newsfeeds, the first group of links report on the latest scoops from the Russian investigation.  Check out the new political updates on Papadopoulos & Kushner, plus news stories like this: guccifer-20-is-a-russian-agent-does-that-mean-trump-team-colluded & also see you-should-do-it%E2%80%99-trump-officials-encouraged-george-papadopoulos.  The latest Marist polling continues to show Americans want Mueller to finish his probe & that he should not be fired: majority-in-favor-of-robert-mueller-finishing-probe-poll.  So stay tuned, since at a moment’s notice the next shoe (or indictment) may drop.

The next group of links show the turmoil within Trump’s legal team.  Turns out that crazy conspiratorial husband-wife team that Trump was adding to his legal team last week, are not joining after all due to conflicts of interests.  All for the best, since that married couple are peddlers of misinformation whose aggressive stance over the Mueller probe could have led America straight into a constitutional crisis.  It again shows not only does Trump hire the wrong people with a bent towards extremism, but the administration does a terrible job of vetting them: citing-conflicts-trump-will-not-hire-two-lawyers-to-legal-team.  At least with his lawyers largely in limbo, it’s allowing the Mueller team to quietly keep working behind the scenes.

From there are articles on Cambridge Analytica, with Facebook in hot water over their association with them.  In fact, anyone who associated with Cambridge Analytica could be in hot water, including members of Trump’s campaign team: russia-probe-latest-cambridge-analytica-scandal-trump-lawyer-resigns or also see angelo-carusone-points-out-trump-campaign-likely-copied-cambridge-analyticas-stolen.  Under the group of links titled Foreign Dangers, the U.S. finally showed some backbone against Russia by expelling 60 of their diplomats in retaliation over those nerve agent attacks in Britain: trump-to-expel-dozens-of-russians-over-uk-poisoning.

After that are the articles on Stormy Daniels & her 60 Minutes interview: porn-star-says-she-was-threatened-to-keep-silence-on-trump-tv-interview.  That interview prompted a meeting between Trump & his lawyer: trump-met-with-lawyer-before-stormy-daniels-interview.  Stormy’s interview also followed another broadcast interview with a former mistress Karen McDougal, plus there’s a defamation lawsuit from Summer Zervos hanging over his head.  All these salacious stories go beyond sexual hijinks & immorality & cheating on his wife.  There are numerous legal & political risks in a number of ways, from hush money to illegal campaign donations & issuing death threats, plus in this age of #MeToo a number of women may come forward with accusations going beyond a consensual affair, as we remember from the campaign there were numerous claims of sexual assault: raging-isolated-trump-cant-bluff-his-way-out-this-time.  And it’s apparent Stormy Daniels & her lawyer will string along this drama for all its worth.  Should more women come forward with more stories of abuse, threats &/or hush money, this narrative could snowball.

The next group of links on Andrew McCabe, we see a vengeful president who not only seeks to vanquish his political opposition, he also tries to humiliate them.  It’s why I always speculate Trump may, in fact, be a psychopath.  Some interesting reads from that group include donald-trump-routinely-humiliates-whomever, & also andrew-mccabe-i-found-out-i-was-fired-from-a-friend-watching-cnn, & this one andrew-mccabe-not-in-my-worst-nightmares-did-i-dream-my-fbi-career-would-end-this-way.  Speaking of psychopaths, the next group of links have several articles presenting compelling evidence our president really is one.  The potential ramifications are seen in these excerpts from stormy-daniels-john-bolton-can-america-recover-donald-trump-column:

From Stormy Daniels to John Bolton, the United States of America will not recover from the presidency of Donald Trump. This is a bold statement, and in a literal sense, it is not true. The United States will exist long after President Trump either steps down after two terms, is defeated for re-election, or is otherwise removed from office. But as a global superpower and the leader of an alliance of free nations, America will not soon — if ever — recover the same position of leadership it has occupied since the end of World War II. (Previously) friends and enemies both had to accept that America was a serious nation, run by serious people who always rose to the obligations of global leadership. Donald Trump is different. The 45th president has shown himself to be utterly unserious about foreign affairs. In just the past few weeks he has lied to the Canadian prime minister (or lied about lying, it is now unclear) and suggested, yet again, that America might abandon allies who don’t ante up their protection money.

He has impulsively thrown out offers to meet with Vladimir Putin and Kim Jong Un, and sent the market plunging at the prospect of international trade wars.We have abandoned our civic virtue not just at home, but overseas, and once lost, that position cannot be recovered. Perhaps this is all too pessimistic. Americans have elected men of weak moral character and shallow political commitment to office before. But not when it mattered so much, and certainly not since the advent of the era in which the President of United States —the sole steward of an arsenal of weapons that can extinguish civilization itself — became the leader and protector not only of millions of his own citizens, but of the billions of others who rely on America as a friend and ally. The most optimistic outcome is that decades from now the memory of the Trump years fades away, and both we and the world look upon this period as an aberration, a kind of fever or temporary insanity from which we awoke just before we lost any possibility of an American restoration. But the damage is getting deeper by the day. Healing it will take more than just electing a new president: it will require years of painful self-examination, and calling ourselves to account honestly and transparently. Only then will we begin to earn back the presumption of trust and leadership that was once one of our proudest achievements as a free nation.

I encourage you to read the entire article how-close-is-donald-trump-to-a-psychiatric-breakdown, which I’ve posted here a lot of excerpts from a perspective on the prez as fascinating as it is horrifying.  Americans had better wake up & fight back against a leader whose personal psychopathy could forever destroy what our country has stood for, & so badly damage us to where our future is imperiled:

With reports that a giddy commander in chief is running around the White House like a kid freed of any adult supervision, having dispatched every moderate who hasn’t resigned in hopes of saving a shred of his integrity, Donald Trump now appears to be in a state of mania as he escalates his efforts to bolster his fragile ego before he goes into the cage with special prosecutor Robert Mueller—or fires him. This was exactly what the contributors to the book The Dangerous Case of Donald Trump warned about six months ago. The psychiatric professionals who contributed to the book have monitored and come to know Trump’s character better than most clients they have treated or people they have interviewed. As the special prosecutor’s noose tightens around the president and his cultish family, it is increasingly clear that he is an imminent danger to the public, and this impinges on professionals’ duty to society. Sheehy wrote about the book and its genesis in these pages last October (Sheehy and Sword also contributed to the book).

Lawmakers with experience as prosecutors or foreign affairs experts are sounding red alerts about how far out of control is this tormented tweeter. In this White House it’s now every man for himself. As authors of the book warned, Trump trusts no one. Predictably, that has taught everyone who works for him that they can’t trust their boss. Praised today, fired tomorrow. The authors of the book warned that the Trump effect was creating a “malignant normalcy,” a collective psychological anesthesia in the face of people’s free-floating fears about the stability of this president. Last fall, it was the kind of hush that falls before an impending hurricane or an October Surprise. The book warned that the worst was ahead. Trump’s paranoia, exaggerated by the real and imminent threat of prosecution for obstruction of justice, money laundering, and physical intimidation of women he has bought for sexual pleasure, is reaching a break point. Democratic Sen. Richard Blumenthal warns of a “catastrophic crisis” pitting an unhinged president against the rule of law and the future of democracy. “It’s an onrushing train heading straight at us,” warned Sen. Chris Coons this week. The Democrat from Delaware likely has inside knowledge from his seat on the Senate Foreign Relations Committee. Even more ominous are the coded words of former CIA Director John Brennan, who this week told MSNBC that “perhaps the Russians have something” on Trump, and “Mr. Trump knows better than any one of us why the Russians might have something on him.”

One thing we are certain of is Trump’s extreme present hedonism—living in the moment. His decisions are made on impulse, driven by impulse, with no thought of future consequences or reflection on past mistakes. Unlike most of us who worry about the impact of our most controversial actions, Trump responds recklessly to assuage his ego needs. In an extreme present hedonist, attempts to bolster a fragile ego can lead to dehumanizing others in order to feel superior. We saw this in Trump’s humiliating dismissal of Secretary of State Rex Tillerson and his derision of FBI Deputy Director Andrew McCabe as he deprived the career civil servant of his pension. It’s all meant to cast them as “weak,” his favorite condemnation. Trump continues relentlessly to smear the most loyal of his appointees, such as Attorney General Jeff Sessions, who was first to publicly lie for him on the Russia probe, before the Senate Intelligence Committee. Inherently low in self-esteem, the extreme present hedonist will say or do anything at any time to self-aggrandize and shield himself from revelations of his nefarious activities. If one knows anything about what really sets off a malignant narcissist when he is close to being cornered, charged as guilty, and unmasked as the Strong Man he pretends to be—a weak man with a hollow ego—the answer is simple. He unravels. He decompensates. His behavior may become manic. With mounting evidence of the president’s likely guilt of high crimes and/or lying about payoffs to silence his female accusers of sexual hedonism, we never know if we are out of the dystopian nightmare where the next tweet could be a nuke. Even if this president goes down, his normalization of clearly unacceptable behavior is the harbinger of a violent culture that will afflict our nation for at least another generation.

The opening to the-menace-of-a-mad-king_partner is below, & by clicking on the link for reading the rest reveals more of the dangers:

Before, he was constrained by a few “adults” — Rex Tillerson, Gary Cohn, H.R. McMaster, and John Kelly — whom he appointed because he thought they had some expertise he lacked. Now he’s either fired or is in the process of removing the adults. He’s replacing them with a Star Wars cantina of toadies and sycophants who will reflect back at him his own glorious view of himself, and help sell it on TV. Narcissists are dangerous because they think only about themselves. Megalomaniacs are dangerous because they think only about their power and invincibility. A narcissistic megalomaniac who’s unconstrained — and who’s also president of the United States — is about as dangerous as they come.