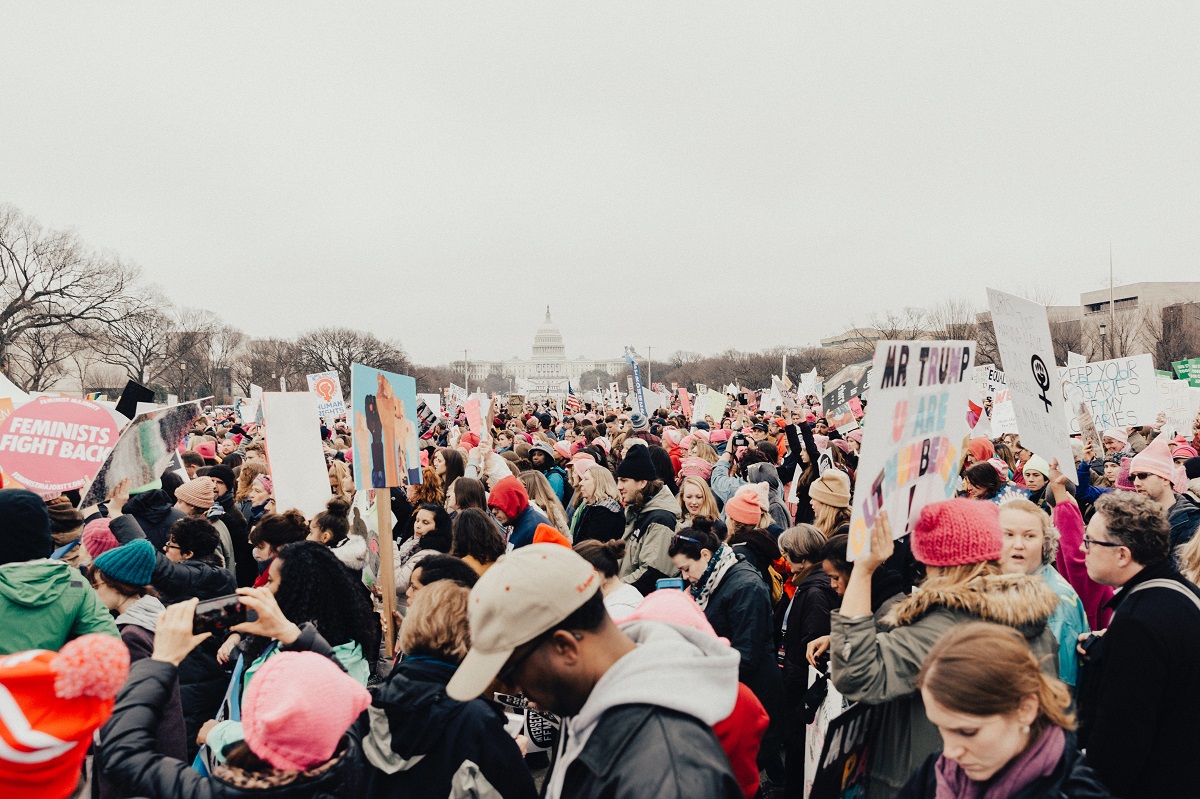 These United States of America are no longer united.  We’ve broken away into different factions which now have plenty of anger, hate & distrust for anyone outside our narrow group mentality, so we might be at a crossroads with intensely disparate viewpoints tearing our nation apart.  The wide divide is political & otherwise, so I vow to be one voice in the hopes many more will join in, taking up the daunting challenge of trying to be a bridge to help unite the conflicting views of the far-right & far-left.  As a lifelong GOP supporter & center-right conservative, I can no longer support a party who’ve left us more moderates behind by steadily shifting their conservative ideology far to the right over the past decade or longer, becoming a party incapable of effectively representing the people or governing, instead supporting many incompetent/extreme political leaders & an unworkable/extreme policy agenda.

I think my opinions actually hit the sweet spot in the middle, because when I shared my political views, both sides would get mad at me.  I believe that shows how far apart the two parties are, plus reveals how difficult it has become to find common ground.  But the main point is we can’t be so intransigent in our viewpoints, since neither side can ever expect to get everything they want, with both parties having some worthy ideas we should pursue.  Despite what the hyper-partisans think, neither party is always right or always wrong.  Through understanding each other, negotiating & finding common cause for the common good, we can start resolving our numerous problems & get our nation moving forward in a positive direction, since doing nothing (which has been essentially what we’re doing) isn’t the answer.  Now that the party of Trump has gone completely off the rails, it’s lately become practically impossible to stay neutral or seek middle ground.

So in recent years, the barbs thrown at me definitely come more from the conservative side.  That’s because almost all my criticisms target the GOP.  It’s my fervent belief to restore our nation, we must first fix the GOP.  A party which has become as hardcore extremist as the GOP has become, they can no longer be a force for good in America.  Plus I really don’t care much about the Dem party, as they are what they are.  Generally, they’re the party of big government/big spending, typically weaker on defense/security & mostly accepting of changing social/cultural mores which I tend to find objectionable.  But these days they’re far better than the GOP!  As a former GOP supporter, I have a perspective how important it is for America to have a functioning conservative party, how badly the party has lost its way by shifting way out on the far-right, from which I call them out knowing the importance of having an informed GOP base which have largely fallen for delusional rhetoric.

The biggest reason the GOP has lost its way in recent years is due to the rightwing echo-chamber media complex, which I commonly refer to as the echo, numerous talk radio shows & social networking groups on the internet, who have bamboozled millions of conservatives into believing their propaganda which promotes a toxic radicalized rightwing agenda.  Having conditioned the mindset of their audiences, Fox News in recent years has also colluded with the echo in echoing what that far-right audience wants to hear.  Inside their echo-bubble, the truth is no longer relevant compared to advancing a fanatical nihilistic ideology that echo-world now agrees to in unison.  The formula for saving America is rather simple, yet extremely challenging.  We must counter & replace the echo with rational, pragmatic, constructive & sane conservative dialogue, so the GOP base which have been so badly misinformed can reconnect to reason & common sense, thereby fixing the party.  I don’t think it’s hyperbole when I say the echo is one of the biggest problems we have in our country, since it’s badly distorting the conservative mindset which by extension really messes up the GOP, & that in turn is badly hurting America by making our political leadership feckless & sabotages our ability to pass important legislation.

Another big reason I can no longer support the GOP is circumstances have dramatically changed.  In the modern-day global economy, Wall St. & giant multinational corporations have the power, wealth & leverage to dominate their smaller competitors & suppress the wages of their employees, if not just outsource those jobs to nations with much lower labor costs.  Watching the way current unfettered free markets in this late stage of capitalism are escalating the widening wage/wealth gaps, that would seem to tilt the scales more in favor of Dem remedies since it should be the party addressing the concerns of the working class, whereas the GOP is far too lopsided favoring wealthy corporate interests.  Where the Dems have recently lost elections center on their allegiance to identity politics, plus in trying to solve stagnant economic conditions basically propose just throwing more money at the situation, which fails in addressing the core of our problems.  So what is really needed from all our leaders would be a total commitment & determination to brainstorm innovative (even transformative) ideas for restructuring the very definition of jobs/work.  The economic environment should provide the workforce far more access to substantially more productive careers, instead of the millions now trapped in menial, dead-end jobs which don’t pay a livable wage.  Such a breakthrough comprehensive plan which could restore the prosperous middle class & American Dream must come about through bipartisan/nonpartisan solutions with thinking outside-the-box input from throughout the political spectrum.

Last but not least is our current President.  By any definition he is clueless, incompetent, divisive, thin-skinned & far too temperamental to be our leader.  In bullying those who disagree with him while attacking our hallowed institutions which protect our democracy, such as the free press, courts & intelligence agencies, Trump is a unique threat to our constitutional republic.  We shouldn’t dismiss the possibility Trump is discrediting the media in order to legitimize his state-run echo for establishing his own de facto dictatorship.  Do not think it couldn’t happen here in America!  My commentaries focus on Trump & are always accompanied by numerous links from the most pertinent recent news reports which generally back up my viewpoints.  Admittedly I do find the op-ed articles often lean left, but they do provide opinions from real journalists with real sources offering the real news which are far more credible than the bombasts emanating from the echo.  And if you’re offended when I use colorful names for certain echo-host blabbers like Insanity Hannity & Rush Dimbulb, consider how such radicalized voices are destroying pragmatic conservatism along with hurting America by suffocating our nation’s ability to get productive things done, so these masters of deception certainly deserve our ridicule.