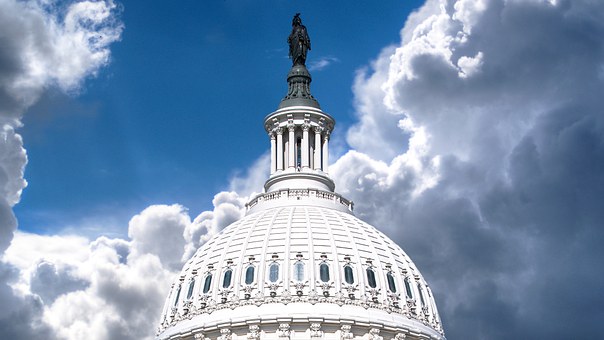 Cohen Testimony Aired Publicly Hints at More Felonies for Trump…This would be an excellent time to spread The VORACS blog to everyone you can in light of this Cohen testimony, helping our fellow Americans get an accurate perception of events.  This could become game-over for the prez if Mueller has strong corroborating evidence, plus suggests new avenues for congressional committees & district prosecutors to pursue.
As the Cohen testimony was enlightening for Dems on the committee, corrupt GOP members remain in the grips of the Trump cult.  Cohen has been smeared by the entire Trumpian GOP echo-world as a liar, which is ironic since they display unconditional & unequivocal loyalty for a president who’s been documented as the biggest liar in American history.  That was their entire strategy for the Cohen testimony, to smear Cohen instead of pursuing facts, since those GOP congressional minions are still engaging in cover up.  Remember, after two years of GOP stonewalling, these House probes are just getting started.
So those congressional GOP questioners don’t object to Cohen’s lies from the past, so much as they’re really having conniption fits because he’s now telling the truth.  Jim Jordan as always comes across as a total jackass, because he is a jackass!  So is Mark Meadows.  Them & their corrupted GOP colleagues are doing the same thing as Cohen did for 10 years, they’re possessed by the captivating aura of Trump & willing to enable his criminal activities.  It is interesting that as these GOP congressmen are in the tank for Trump, during the Cohen testimony they’re unable or unwilling to defend Trump directly.
As to revelations pointing toward more crimes, the Cohen testimony offered up numerous possibilities.  In a call to the prez from Roger Stone which Cohen heard over the speaker phone, Trump voiced approval about Stone’s message the WikiLeaks email dump was coming soon.  So if Trump knew of those dumps in advance, that goes right to the heart of the Mueller collusion/conspiracy case.  There are also indications Trump may have lied about these Stone conversations in his written answers to Mueller.
There was also Cohen mentioning Trump Sr. did discuss with sonny-boy jr. the Trump Tower meeting with the Russians, plus the discussion of the ongoing negotiations to build Trump Tower Moscow throughout the 2016 campaign, which Trump instructed Cohen to lie about.  There were also several checks of $35K, with Cohen providing the documentary evidence, showing hush money payments to mistresses that provide clear evidence of campaign finance violations, plus many were paid to reimburse Cohen while the president was in office.  More suspicions on the Trump tax cheating were also raised.
Cohen has every reason to tell the truth as lying again would only get him in more trouble, while Mueller would probably have various corroborating evidence from other witnesses & seized materials.  Cohen did sound credible in his public testimony while revealing various potential felonies against the prez if prosecutors do indeed have that corroboration of proof.  If Cohen is headed to prison for years to serve the time for his crimes, it’s only reasonable to expect his boss who ordered some of those crimes should also serve some time.  One thing for certain, a proven criminal certainly doesn’t belong in the White House!
So the Cohen testimony on Wednesday in public view was interesting & moved the ball forward.  Thursday is another closed-door hearing like Tuesday’s.  Three straight days of Cohen testimony is quite a grind for him.  Aside from the coming Mueller report, great legal peril is likely to come from the SDNY, who are following the money trail of Trump’s business enterprise, which we may find our prez was a mob boss over a criminal enterprise.  Cohen alluded to these other probes but couldn’t comment on ongoing investigations.  The newsfeeds went nuts on this headline story which got more attention Wednesday than Trump’s gambit in Vietnam, so more details on the Cohen testimony are reported in these many articles.  For your convenience, most of these links here are live:
https://www.theatlantic.com/ideas/archive/2019/02/michael-cohen/583783/

Must See Video from Committee Chair that Concluded the Public Cohen Testimony
It sums up who we are, where we’re at now & what’s at stake: tv/oversight-chair-elijah-cummings-ends-cohen-testimony-with-stirring-call-for-normalcy-were-better-than-this
See Report from Government Ethics Watchdog
The signs of crimes keep adding up, so check out this article from trump-may-committed-least-8-crimes-nothing-russia-ethics-watchdog, which concludes with a link to the full CREW report:

Government ethics watchdog Citizens for Responsibility and Ethics in Washington (CREW) on Monday issued a blistering report laying out evidence that President Donald Trump has committed multiple crimes during both the 2016 presidential campaign and during his time in the Oval Office. In all, CREW claims that there is “compelling evidence” that Trump has committed up to eight criminal offenses over the past three years. Among the crimes they allege Trump may have committed include causing National Enquirer parent company American Media, Inc. to make an illegal campaign donation to former mistress Karen McDougal; causing his campaign to file false reports with the Federal Elections Commission; and conspiracy to defraud the United States “by undermining the lawful function of the FEC and/or violating federal campaign finance law related to ‘hush money’ payments, false statements, and cover-ups of reimbursement payments to Cohen made by the Trump Organization.” CREW Executive Director Noah Bookbinder said that the report shows the president has significant criminal exposure — and that’s without even talking about potential obstruction of justice charges for his efforts to undermine criminal investigations into him and his associates. “There has already been significant attention to the President’s possible exposure for obstruction of justice, but it is deeply troubling to discover that he also may have been personally involved in a whole other set of criminal offenses for causing or accepting illegal campaign contributions and then covering up those payments,” he said. Read the full report here:

Another Report of Manafort Providing Polling Data to the Russians
With such an overwhelming amount of 2016 private polling info Manafort passed onto his Russian intelligence contact, what other purpose could it serve but to help the Russians microtarget their massive social media disinformation campaign?: on-august-2-2016-paul-manafort-gave-konstantin-kilimnik-75-pages-of-recent-detailed-polling-data
Short Bits
See potential reports coming from Mueller that could land soon:
rawstory.com/2019/02/there-are-6-possible-reports-mueller-could-send-none-of-them-are-good-for-trump

Even after the Mueller report comes out, Trump tells his lawyers he’ll need their help for the other probes too:
thedailybeast.com/trump-to-legal-team-stay-for-coming-legal-hellscape

We can only wait & see if Mueller finds conspiracy by Trump:
reuters.com/article/us-usa-trump-russia-scenarios/what-happens-if-mueller-finds-trump-fingerprints-in-russia-conspiracy