Part 1 – We Need to See the Mueller Final Report! 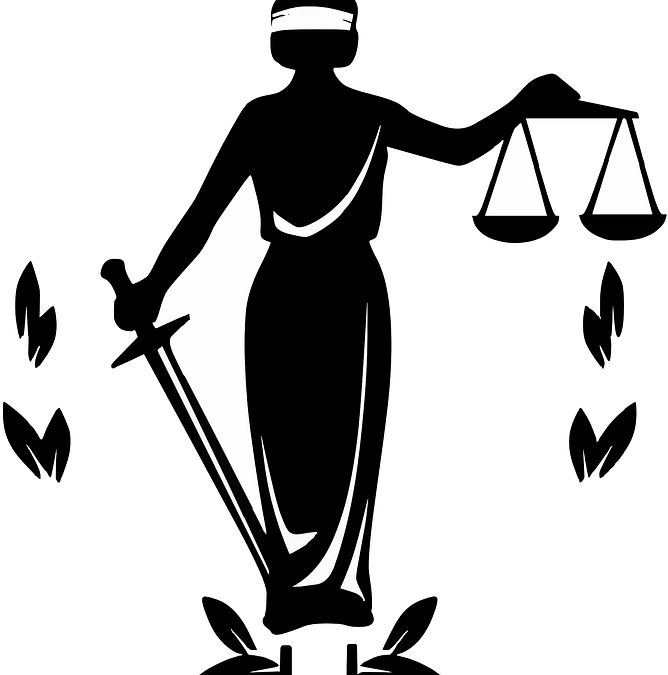 The Mueller Final Report given to the AG is Both a Hiccup & a Handoff in the ongoing Drama playing out to Remove a Corrupt President…We heard today what’s in AG Barr’s brief summary letter but we have yet to see the whole Mueller final report.  All we can do for now is speculate, so let’s do a deep dive to unpack the various possibilities of what the Mueller final report actually means.  I still maintain the preponderance of evidence indicates Trump is ruling over his own criminal enterprise.  Whether the evidence we have yet to uncover becomes compelling enough to someday pin him with impeachable offenses, that remains to be seen.  I’ll admit to being disappointed that no new indictments came from the Mueller final report, while it suggests the collusion/conspiracy (that actually did happen) did not rise to the level of criminality, so it looks like we’re stuck with a corrupt demagogue in the White House awhile longer.  Lacking a rock-solid smoking gun that we have yet to find, we’ll never get 20 GOP senators agreeing to convict.
But in figuring out where we go from here, Congress & the American people need to see whatever is to be found in the entire Mueller final report.  Russia did illegally meddle in our election with the Trump campaign in regular contact with various shady Russians, while for two years Team-Trump had engaged in a coordinated pattern of cover ups & obstruction of a federal investigation.  The extent that whatever happened based on Mueller’s team looking into it, we just don’t know the full story till we can see all that Mueller found.  We’d better get the report soon or subpoenas will start flying out of Congress.  There are just so many questions we had known of Russiagate that hopefully seeing Mueller’s comprehensive documents can connect the dots.  And Congress needs to be strategic moving forward selecting probes with the most compelling signs of wrongdoing, easier said than done with so many suspicious cases to choose from.
The entirety of the Mueller final report is sure to be a lot more damning than the short 3-1/2 page summary by Trump’s handpicked AG.  I suspect Barr just cherry-picked the parts he wanted us to know while burying the stuff most damaging to Trump.  While the report fell short of proving the most pertinent & important Russia question of conspiracy, it also states it does not exonerate the prez on obstruction.  Of course, Barr was quick to shoot down the obstruction charge before any of us actually saw the Mueller final report.  So that question is still open & House committees may get the final word on obstruction, especially once they’ve seen the details in the full report which was no doubt expertly spun by Barr in the summary.  Proving obstruction does become more of a challenge without the underlying crime of collusion/conspiracy.  Another interesting phrase in the summary was there was no conspiring with the “Russian government,” so that leaves the door open a crack for collusion with other Russians should new evidence emerge.
As is Trump’s way, he lied about the results of the summary letter from Barr.  The Mueller investigation did not exonerate the prez for obstruction & the probe itself was not illegal as he claimed.  Other thoughts, possibilities &/or threats for Trump, pending grand jury material is still being kept secret & remains a mystery.  It’s reported as a sensitive matter Mueller is still working through with Barr & the details are supposed to be released in a later report.  If a big reason no charges were brought was because of a (probably false) belief a president can’t be indicted, Dems may be ready to test that theory should proof of crimes emerges.  There may have also been a calculation after Trump & his echo waged war on the investigation & so badly discredited it with their base, without slam-dunk/smoking-gun evidence any indictments of Trump or his family may have not moved forward so much as instead spark a heated partisan battle tearing our nation apart.  Much like Pelosi recently stated, he’s just not worth it.

And it’s curious Mueller didn’t even compel Trump or his family to testify.  Maybe Mueller figured it just wasn’t worth the political haggling & protracted court battles, so he’d let the normal legal channels play out for Trump family members through other investigations.  It’s possible Mueller may have even been pressured by Trump’s puppet AG’s to wrap up his inquiry quickly, with Mueller figuring it’s more feasible to farm out the rest of the investigations, passing the baton to district prosecutors for interviewing witnesses & determining the degree of criminality.  Reports are he did pass on several cases to the districts or states.  So there may well be more indictments ahead, but those would come from other jurisdictions.  The Mueller probe did have a limited scope, which it may prove helpful the current investigations in Congress & different districts have much broader mandates.  Also consider that Rick Gates is still providing details in pending cases & the Roger Stone trial is still a few months off.  And witnesses who testify publicly in front of Congress tend to resonate far more than closed-door hearings, so long as the public doesn’t start suffering from scandal fatigue.  The Dems do need to be cautious about being perceived as overreaching, & especially with the Mueller probe coming up short, future accusations against Trump will require strong proof to be credible with the public.
Alternatively, the report we still haven’t seen could be so slimy & loaded with an abundance of illegalities, those things Barr kept hidden from us, that us anti-Trumpers could become re-energized.  That could spark numerous spin-off investigations to pick up the ball & run with the new details out of the Mueller probe, leading to inevitable indictments & offering hope again for a coming impeachment.  Even minus collusion, credible evidence exists of tax fraud, bank fraud, wire fraud, insurance fraud, charity fraud & even inauguration funds fraud…in other words, Trump may soon be revealed as a fraud!  The SDNY district is actively probing solid leads of illegal activities involving raiding funds from the Trump Organization, Trump Foundation & Trump inaugural committee, along with pursuing the hush money case where Trump has already been implicated in court as an unindicted co-conspirator for felony campaign finance violations.  Perhaps most importantly, Congress still needs to follow the leads & international money trail to determine the extent of the blaring flashing warning lights & sirens that our prez may be compromised by Russia.  As I’ve often speculated, whatever crimes are out there will likely be unveiled by following the money.
So Sunday was a very good day for Trump, but we still need to see the details in the Mueller final report.  Meanwhile, he can bask in the glow of averting disaster until the next revelation of potential crimes becomes known.  As tricky Dick Nixon famously said back in the day, the American people need to know if their president is a crook.  There’s just too many real clues of illegal activities involving Trump in a whole assortment of different areas which demand a thorough review by Congress, district prosecutors & state attorney generals.  The Constitution & rule of law are sacrosanct, which exposing a criminal presidency would require taking the appropriate steps.  But lacking what was anticipated to be a conspiracy charge from the Mueller probe, unless some irrefutable financial or other crimes turn up relatively soon, we may need to turn to November 2020 for voting out who so many of us can clearly see is a corrupt con man of a president.  Here are the most pertinent op-eds pulled from the newsfeeds following the release of the AG summary letter, & all these links are live:
businessinsider.com/mueller-report-summary-barr-russia-investigation

And posted here is the first half to the article theguardian.com/commentisfree/2019/mar/24/robert-mueller-report-donald-trump:

We may never know for sure whether Donald Trump colluded with Vladimir Putin to obtain Russia’s help in the 2016 election, in return for, say, Trump’s help in weakening Nato and not interfering against Russian aggression in Ukraine. Trump and his propaganda machine at Fox News have so aggressively undermined the legitimacy of Robert Mueller’s inquiry – repeatedly conjuring a “witch hunt” and maintaining a drumbeat of “no collusion” – that Mueller’s report, whatever it shows, will almost surely be overwhelmed by a fog of alt-interpretation and epistemological confusion. What’s “collusion?” What’s illegal? What’s unethical? Has Trump been vindicated or not? The real danger is that as attention inevitably turns to the 2020 campaign, controversy over the Mueller report will obscure the far more basic issues of Trump’s competence and character. An American president is not just the chief executive of the United States, and the office he (eventually she) holds is not just a bully pulpit to advance policy ideas. He is also a moral leader, and the office is a moral pulpit invested with meaning about the common good.

As George Washington’s biographer, Douglas Southall Freeman, explained, the first president believed he had been entrusted with something of immense intrinsic worth, and that his duty was to uphold it for its own sake and over the long term. He led by moral example. Few of our subsequent presidents have come close to the example Washington set, but none to date has been as far from that standard as Trump. In the 2016 presidential campaign, when accused of failing to pay his income taxes, Trump responded “that makes me smart”. His comment conveyed a message to millions of Americans: that paying taxes in full is not an obligation of citizenship. Trump boasted about giving money to politicians so they would do whatever he wanted. “When they call, I give. And you know what, when I need something from them two years later, three years later, I call them. They are there for me.” In other words, it’s perfectly OK for business leaders to pay off politicians, regardless of the effect on our democracy. Trump sent another message by refusing to reveal his tax returns during the campaign or even when he took office, or to put his businesses into a blind trust to avoid conflicts of interest, and by his overt willingness to make money off his presidency by having foreign diplomats stay at his Washington hotel, and promoting his various golf clubs. These were not just ethical lapses. They directly undermined the common good by reducing the public’s trust in the office of the president. A president’s most fundamental responsibility is to uphold and protect our system of government. Trump has weakened that system.

And if you’d like to do a search on good articles that came before the release of the summary report, here they are:
washingtonpost/trumps-legal-troubles-are-far-from-over-even-as-mueller-probe-ends

North Korea
After saying North Korea was no longer a nuclear threat upon returning from his photo op with Jong Un in Singapore last June, now the prez says he’s lifting sanctions against that country despite making zero progress on denuclearization.  Trump says it’s because he “likes” the world’s foremost brutal murderous dictator.  Remember a few months ago Trump even passionately stated the two had fallen in love.  How sweet.  Kim Jong Un continues to play Trump like a fiddle.  And despite what Trump once told us, North Korea remains a nuclear threat.  Below are article titles on lifting sanctions you could search, plus there’s a song at the bottom of Part 3 which seems to best describe the dangers:
usatoday/donald-trump-ends-north-korea-sanctions-likes-kim-jong-un