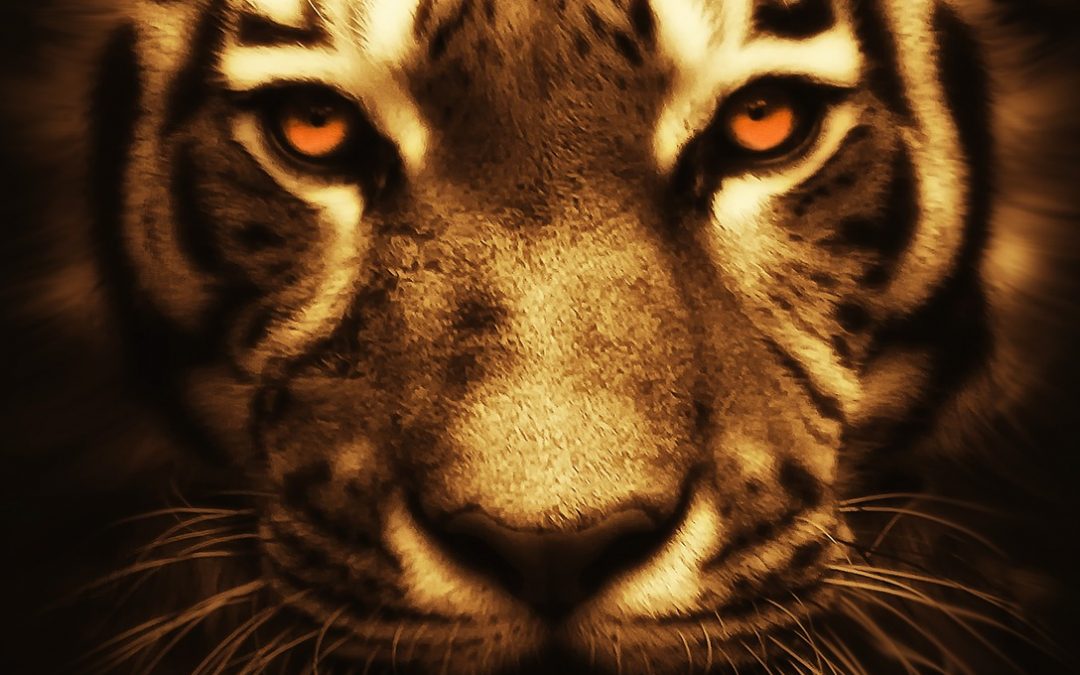 History Repeats Itself…I always cringe any time a politician or pundit compares their political opponent(s) to the likes of Hitler.  Any slight similarities are obviously greatly exaggerated & massively out of proportion.  And sometimes such arguments from raging Trumpeters are outright ignorant: https://www.mediamatters.org/joseph-digenova/fox-news-regular-joe-digenova-compares-democrats-nazis-and-impeachment-hitlers-big.  But we can always learn from history as it pertains to our current circumstances.  I would invite you to do a search for Hitler’s speeches & listen in on the crowd reactions, which offer a striking resemblance to the crazed adulation & hero-worshiping seen in today’s Trump rallies.  Warning flags should go up whenever a charismatic, narcissistic, egomaniacal, power-hungry leader of a country stirs his crowds by appealing to narrow nationalistic grievances that advance an us-vs.-them mentality.  Such a leader can play on their followers’ emotions by crafting a perception they’re part of a movement crusade bigger than themselves, while ratcheting up nativist/nihilistic anger and hatred toward those outsiders who refuse to adhere to their strict tribal norms, beliefs & attitudes.
Trump has managed to solidify his power base by strategically placing or advocating for loyal sycophants in influential positions of leadership.  That’s especially effective having key cronies in top spots of the legislative branch, courts, intelligence community & media, along with surrounding himself with an adulatory & equally corrupt personal staff, those who’ll demand total allegiance to their king & stop at nothing to usurp additional uncompromising power.  When practically an entire political party displays unquestioned servitude towards a leader with the unmistakable personal traits of a demagogic dictator, it’s a situation not likely to end well, even to the point of being very dangerous for everyone involved whether inside or outside the tribe.  I’m sure many well-meaning German citizens in the 1930’s were supporting the Nazi’s for personal or political reasons, not knowing of the grave dangers that lie ahead.  Might we be seeing a similar dynamics playing out with Trumpeters?
Be aware history does often repeat itself.  Again, comparing any situation to 1930’s Germany is quite problematic, but there can be some important lessons learned.  The Nazi Party from back then has an eerie likeness to the cult-like qualities of today’s GOP, while certain German leaders provided the same type of corrupt obedience to their fuhrer as now seen in America.  Could Trump’s group of zealous henchmen which include the likes of Pompeo, Barr, McConnell, Kavanaugh, Hannity & Limbaugh be our version of the evil heads on top of the SS/Gestapo & Nazi propagandists, such as Himmler, Goring, Bormann, Heydrich, Eichmann & Goebbels?  In no way am I speculating our situation could evolve into mass genocide, but a visceral hatred towards minorities who don’t fit their ideal description of a master race, it can allow cunning political leaders to play on those differences by catering to their base & things can potentially spiral out of control:
https://www.nytimes.com/2020/01/21/opinion/auschwitz-bystander-theory.html
https://www.axios.com/pope-francis-holocaust-auschwitz-8acae895-eb1d-45bd-b20e-6aba7ce4f56d.html
So I present these lessons of history as a warning for these unique times we’re confronting in our nation.  The main challenge we’re now facing in America involves the ignorance & complacency that could allow a dictator to rise up here.  Various countries around the world throughout history have faced a fascist takeover when the situation presented itself to a ruthless leader, from which America is certainly not immune to the risk.  The warning signs are now flashing all around us!  Let’s accept the fact we’ve never seen anything like the Trump administration before, at least not in America.  No president has ever divided us, lied to us & abused his power more than Trump.  And no president has ever been surrounded by such corrupt & lawless figures craving political power.  We shouldn’t put anything past what this unhinged demagogue might be capable of.
But don’t just take my word for it.  In all our Part 2’s, we post links to several articles with detailed explanations of the real dangers Trump presents as our nation’s leader, because we all must grasp how much damage he could do the longer he stays in office.  Imagine how many more loyal & corrupt lapdogs he’ll install in leadership slots if given another 4 years.  Whether it takes removal for his crimes or voting him out in November, America needs a new president ASAP!  Our Part 2’s also feature articles on the radicalized far-right media echo-chamber being led by Fox fake news, serving to keep that gullible conservative base in lockstep with & accepting of all Trump’s indiscretions.  Please share our blog with others, since preserving our laws, democracy & freedoms ultimately resides in educating the GOP base to the truth, even if just a few are open-minded to it.  Consider spreading sane reality to those consumed by echo-falsehoods to be our patriotic duty, so together we can convince enough of them to make a difference!: https://www.usatoday.com/story/opinion/2020/01/25/donald-trump-impeachment-republicans-patriotism-column/4554819002/.
Trump a Clear & Present Danger
https://www.theweek.com/articles/891200/trump-clear-present-danger-constitutional-government
https://thebulwark.com/normalizing-trumps-abuse-of-power/
https://www.theatlantic.com/politics/archive/2020/01/obama-2016-trump-fascist/605488/
https://www.theatlantic.com/ideas/archive/2020/01/why-journalists-believe-mary-louise-kelly/605491/
https://www.cnn.com/videos/business/2020/01/26/glasser-pompeo-is-trying-to-please-trump-by-trolling-the-media.cnn/video/playlists/reliable-sources-highlights/
https://www.washingtonpost.com/opinions/2020/01/26/every-day-that-pompeo-stays-office-he-makes-tillerson-look-better-by-comparison/
https://www.nytimes.com/2020/01/25/us/politics/pompeo-mary-louise-kelly.html
https://www.nytimes.com/2020/01/26/opinion/greenwald-brazil-reporter.html?action=click&module=Opinion&pgtype=Homepage
https://www.salon.com/2020/01/25/donald-trump-is-the-oj-of-american-politics–and-we-know-how-that-story-ends/
https://www.alternet.org/2020/01/is-stupidity-a-valid-defense-for-trump/
https://www.alternet.org/2020/01/law-professor-trump-could-also-have-been-impeached-for-war-crimes-assassinations-and-corruption/
https://www.alternet.org/2020/01/mike-pompeo-gets-cornered-and-flails-when-a-radio-host-calls-out-his-lies-about-the-ukraine-scandal/
https://www.alternet.org/2020/01/why-adam-schiffs-forceful-argument-recalls-michael-cohens-ominous-warning-to-congress-about-trump/
https://www.alternet.org/2020/01/lev-parnas-is-afraid-of-bill-barr-he-should-be/
https://www.alternet.org/2020/01/slow-minded-and-bewildered-donald-trump-builds-barriers-to-peace-and-prosperity/
https://www.alternet.org/2020/01/is-trumps-base-of-support-a-cult-ask-3-people-who-left-it/
https://www.rawstory.com/2020/01/the-lost-boys-of-ukraine-how-the-war-abroad-attracted-american-white-supremacists/
https://www.rawstory.com/2020/01/genocide-expert-breaks-down-how-all-of-the-warning-signs-are-present-in-trumps-america/
https://www.theguardian.com/commentisfree/2020/jan/25/trump-legacy-end-of-trust-in-democracy-simon-tisdall
https://www.theguardian.com/us-news/2020/jan/24/john-bolton-donald-trump-testimony-impeachment
https://www.politico.com/news/magazine/2020/01/25/mike-pompeo-interview-state-department-104318
https://www.vox.com/2020/1/24/21080090/trump-impeachment-tweets-obama-snowflakes
https://lawandcrime.com/politics/former-u-s-attorney-says-trump-just-committed-a-crime-against-adam-schiff/
https://www.thedailybeast.com/adam-schiff-claims-trump-saying-he-should-pay-a-price-is-intended-to-be-a-threat?ref=home
https://www.thedailybeast.com/chris-wallace-grills-alan-dershowitz-over-shifting-stance-on-whether-crime-is-necessary-for-impeachment?ref=home
https://www.thedailybeast.com/snl-cold-open-finds-jon-lovitzs-alan-dershowitz-and-adam-drivers-jeffrey-epstein-in-hell?ref=home
https://www.usatoday.com/story/entertainment/tv/2020/01/26/snl-president-donald-trump-impeachment-trial-hell-alan-dershowitz/4579500002/
https://www.newsmax.com/newsfront/vfwtrumptroopsinjuries/2020/01/24/id/951251/?ns_mail_uid=d66112f2-a648-400b-8da5-92d68de3edca&ns_mail_job=DM85000_01252020&s=acs&dkt_nbr=010504jrm0yg
https://thehill.com/policy/defense/policy-strategy/479914-iranian-nuclear-agency-says-it-can-enrich-uranium-at-any
https://www.motherjones.com/politics/2020/01/the-main-trump-super-pac-is-covering-up-its-own-role-in-the-impeachment-scandal/
https://www.motherjones.com/politics/2020/01/lawsuit-trump-inaugural-committee-corruption-top-ivanka/
https://www.motherjones.com/environment/2020/01/according-to-the-doomsday-clock-were-down-to-100-seconds-before-midnight-plan-accordingly/

Jury Tampering
The threats are always being held over the heads of GOP politicians by Trump.  GOP senators said they were offended when Schiff cited this report about the prez putting their heads on a pike, but their complaints are nothing more than yet another deliberate distraction to avoid the real evidence of wrongdoings by our president:
https://www.vanityfair.com/news/2020/01/white-house-head-on-a-pike
https://www.politico.com/news/2020/01/24/schiff-threats-senate-104107
https://www.thedailybeast.com/king-trump-wants-heads-on-pikes-the-gop-cant-wait-to-oblige?ref=home
https://slate.com/news-and-politics/2020/01/trump-warns-take-her-out-your-head-will-be-on-a-pike.html
http://nymag.com/intelligencer/2020/01/schiff-impeachment-head-on-pike-trump-senate-republican.html
https://www.vox.com/policy-and-politics/2020/1/25/21071035/senate-republicans-adam-schiff-head-on-a-pike-comment-outrage
https://www.esquire.com/news-politics/politics/a30661659/adam-schiff-head-on-a-pike-republican-senators-trump/
https://www.salon.com/2020/01/24/trump-accused-of-jury-tampering-after-allegedly-threatening-gop-senators-not-to-vote-against-him/
https://www.alternet.org/2020/01/your-head-will-be-on-a-pike-gop-senators-were-reportedly-threatened-to-remain-loyal-to-trump/
https://www.rawstory.com/2020/01/republicans-cant-wait-to-give-trump-a-pass-on-impeachment-so-hell-quit-threatening-them-rick-wilson/
https://www.dailykos.com/stories/2020/1/23/1913688/-Trump-team-warns-senators-Vote-against-the-president-and-your-head-will-be-on-a-pike?utm_campaign=trending
https://www.dailykos.com/stories/2020/1/24/1913848/-Is-Moscow-Mitch-the-messenger-of-the-heads-on-pikes-threat-from-Trump-to-Republicans