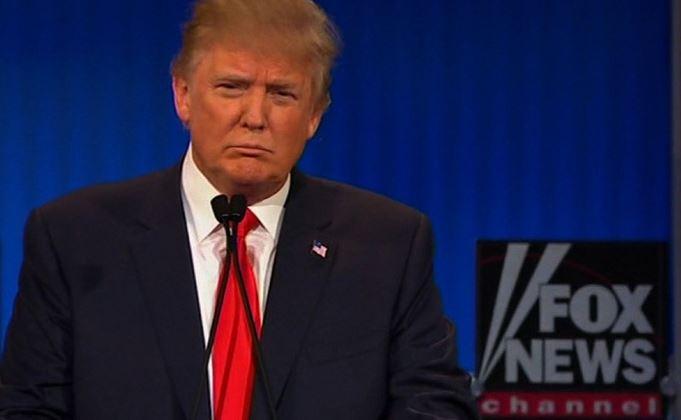 With the echo constantly throwing falsehoods at their audiences & those lies being believed by millions of conservatives, it’s created a very dangerous dynamic where a major American political party is operating in a post-truth reality.  Everything from the GOP’s agenda to their policies & their rhetoric are catering to a base largely dumbed-down by the echo dishonesty, crafting a phony governing philosophy for the party based on their alternative-facts universe.  It’s a partisanship lacking truths.  When Trump has turned the White House into the first-ever Fox News presidency, with that network shown to be possessed of pure evil in their distorted rhetoric & abusive corporate culture, that can only be disastrous for America.  Trump is making critical decisions on behalf of our nation based on extreme/false propaganda!  The nihilistic rightwing media keeps feeding him the deranged garbage!

Let’s examine the newsfeeds from the links below.  In the article Increasingly a necessity, a 15-point guide to surviving authoritarianism, I’m wondering if those points might remind you of anyone?  As I keep warning, don’t think it can’t happen here!  In the very next article He would probably be a dictator by now if not for our appropriate & much-needed checks & balances.  It’s a rather lengthy interview with a couple of lifelong Republicans & longtime GOP advisers, who said the good news internationally with Trump is he hasn’t yet started WWIII, but his greatest damage so far may be on the domestic front as they explain here:

“It’s true, they haven’t started World War III yet,” Cohen added. “That’s a pretty low bar.” If anything, I found the two even more terrified about the Trump presidency at the end of Year One – filled with the sort of to-the-barricades warnings I’m still not used to hearing from learned defense wonks like Boot, who’s spent a career advising politicians like Republican Senator John McCain from establishment precincts like the Wall Street Journal op-ed page and the Council on Foreign Relations. “In many ways,” Boot said, “the damage he’s doing at home is even worse, where he’s undermining the rule of law. He’s obstructing justice. He’s lending the support of the presidency to monsters like Roy Moore. He is exacerbating race relations. He is engaging in the most blatant xenophobia, racism and general bigotry that we have seen from the White House.” “All these things,” he added, “are very corrosive to the future of American democracy.”

The next article called Trump is America’s first lawless president, it gives 3 reasons why what we’re currently seeing in our prez is unprecedented & extremely dangerous:

Our republic—our system of laws—is under assault in a way I’ve never seen and I don’t think has ever happened. Richard Nixon was a lawbreaker. He was not utterly and thoroughgoingly lawless. There’s a difference. Donald Trump is a lawless president. It’s obvious to anyone who’s watching and isn’t in a state of contemptible denial that he feels constrained by no law. He cares nothing about the Constitution and he’ll lie about anything to anyone at anytime. That’s difference one.

Difference two: Nixon had no “news” channel defending and egging on his every lawless act. Trump, of course, does. That Fox chyron over the weekend, “A Coup in America?”, was shocking even for Fox. Referring to law enforcement agencies, to the FBI, as carrying out a coup? Because they have the audacity to investigate Dear Leader?

Difference three: Nixon also didn’t have a lawless Republican Party defending his moves and attacking his critics and trying to shut down an obviously legitimate investigation, but that is what we have now. Some Republican lawlessness has little to do with and in fact predates Trump: The party’s decision, for example, that the Constitution didn’t really mean that the president gets to appoint Supreme Court justices if he’s in his eighth year of service was completely lawless. The process by which they’re passing this tax bill is not exactly lawless, maybe, but it’s an offense and affront to this country’s norms and traditions. No hearings, no expert witnesses, no written bill, no regular order, no need for a cloture vote, no serious discussion with any Democrats even though four or five would have voted for a different bill, no Congressional Budget Office score, no normal conference committee process… All right, actually. Call it lawless if you want.

The next link from the Chicago Sun-Times on If Trump is going to fire Mueller, the article begins with this profound quote:

— Hannah Arendt, “The Origins of Totalitarianism”

In a group of links below that, whether it was during the cabinet meeting or the tax celebration press conference, the level of sucking up to Trump with effusive praise was truly nauseous.  Special recognition goes to Mike Pence & Orrin Hatch, as it resembled a cult gathering as worshippers bowed at the feet of Trump.  The gushing accolades seem like a blood sacrifice to their omnipotent leader, who like any aspiring dictator demands total loyalty.  I remain stunned so many evangelicals have fallen for the immoral subterfuge (see bottom links).  And all this cheery applause over passing their one legislative achievement, I’m reminded of the celebratory atmosphere when the Cleveland Browns won a game one year ago.  But getting one win doesn’t make a team a winner, as that is the Browns’ lone victory in their last 33 games!  So for team-Trump, I suggest they don’t bask in the glow of passing that tax bill for very long.  There are far more important things to address, which from my perspective the White House remains on the losing end in virtually all of them.

From there we see many, many links taking us to all the Fox fake-news foolishness, & below that the nonsense emanating from the alt-right.  It’s become apparent there’s a concerted smear campaign going on coordinated between the White House, GOP congressional reps & the echo going after the Russian investigations.  Despite all that trash overflowing at Fox, this is NOT a coup attempt!!!  And no, federal law enforcement agencies are not a criminal cabal!  That’s just a small sampling of the relentless incendiary language used by Fox fake-news & the rest of the echo, trying to discredit the FBI & Mueller investigation in a desperate attempt to protect their supreme ruler from potential criminal charges.  What echo-land fails to grasp, it’s all about finding the truth whether a presidential campaign illegally colluding with a foreign adversary to taint the election, which if true would be a very serious crime with the people involved required to pay the price!  To the extent so many Fox viewers accept without questioning all those preposterous insinuations defaming the investigators, it just goes to show how those viewers aren’t playing with a full deck.

But we shouldn’t fret over the most stubborn echo-devotees who’ll never see & accept the facts.  Please just do your part by forwarding this info or send others to a blog site The Voracs, since if we can just get a majority in the GOP base to take the rational & not the radical side in comprehending reality, we can still save the party.

With all the serious problems we have in our country, it’s not a stretch to say the crazy rightwing media is one of the biggest problems we have.  They’re brainwashing people!  They’re convincing people to believe their lies!  They must be defeated with the truth….