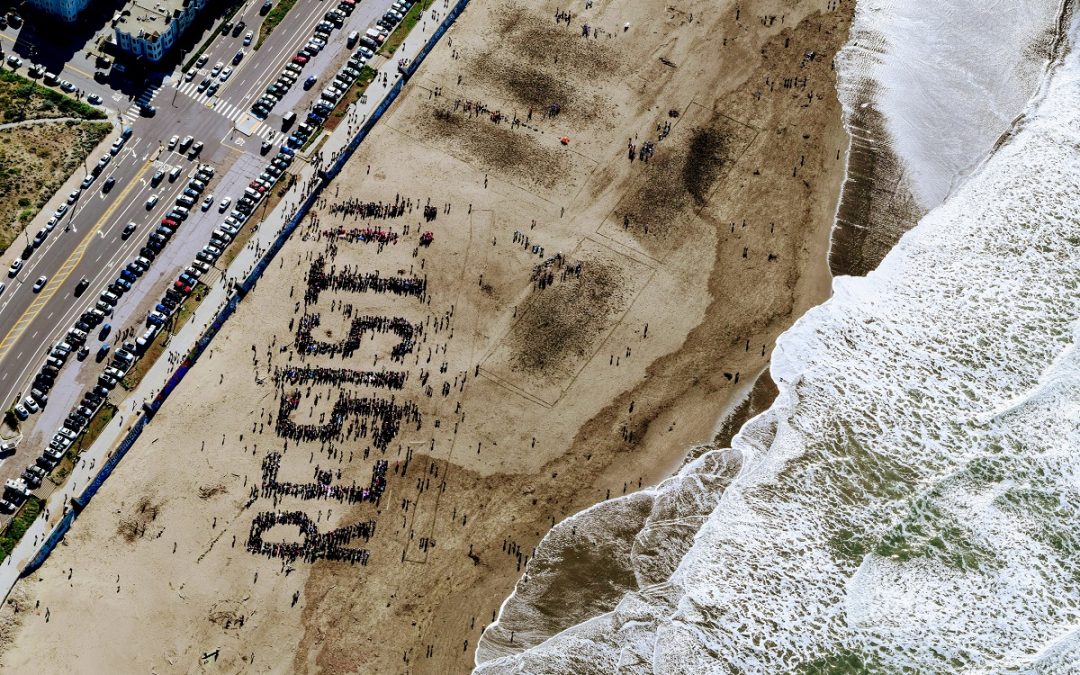 Our president has declared war on the free press & makes no bones about it.  He even tweeted a pic just prior to Christmas with CNN’s blood splattered on the bottom of his shoe.  Trump is also relentless in attacking our nation’s intelligence, security & diplomacy agencies in addition to the courts.  Plus he is ruthless in demeaning any political opposition, or even those expressing well-meaning disagreements or concerns, enough to where the prez doesn’t understand & tries to run roughshod over constitutional separations of power.  Like any authoritarian leader (but a threat we’ve never personally experienced here in America till now), Trump is not bashful about abusing his power by diminishing the institutions of democracy which have protected our Constitution since the nation’s inception.  These are the same institutions which are America’s very foundation, from which we must depend on for our security & to hold a dangerous demagogue like Trump accountable, plus uncover the very real possibility he has committed serious criminal acts that would delegitimize his status as our President.

With our leader following the code of consequentialism where the end justifies the means, which rationalizes every action is morally ethical if it achieves a greater cause, Trump is making us a lesser people by helping legitimize our baser human instincts.  Even all manner of immorality is justified in pursuit of such a desired personal outcome.  The President is normalizing by his example repugnant traits such as lying, deceit, bullying, degrading, boasting, self-absorption, deflecting blame, using others, conning others, suing others, sexual immorality, & various other such irredeemable personal abominations.  And to put it in the language of religion for my fellow white evangelicals who support the prez in such huge numbers, consider how Trump is literally normalizing sin, setting the example which helps make those traits I just mentioned acceptable in our society.  Dancing with the devil is no way to advance the faith.  Feeding support & admiration to such a dangerous autocratic personality with aspirations of being a dictator truly serves as an attack on democracy.

Trumpeters with unfailing support & worshipful of a despot leader, who trust implicitly & are never questioning the slanted/distorted reporting from the echo, they are being duped.  So such echo-adherents might well be extremely gullible, delusional or a few bricks short of a dozen, but we can never expect them to be open-minded enough to view things logically.  Take heart in that we don’t need to convince those who are beyond hope.  The numbers are on our side without them, as it’s only necessary to rescue some percentage from the echo-bubble who’ll side with truth when presented with the contrast between rational & radical.  Between liberals, moderates & conservatives who’ve escaped the clutches of the echo, that makes up roughly 2/3 of the population.  If we remain vigilante & call out the lies & diversions coming from Trump & his echo world, we can beat back the forces of fascism & preserve our democracy.  The only way these far-right autocrats can defeat us is if we’re complacent & just aren’t paying attention.

In the links below, the first one starts off with this tweet: 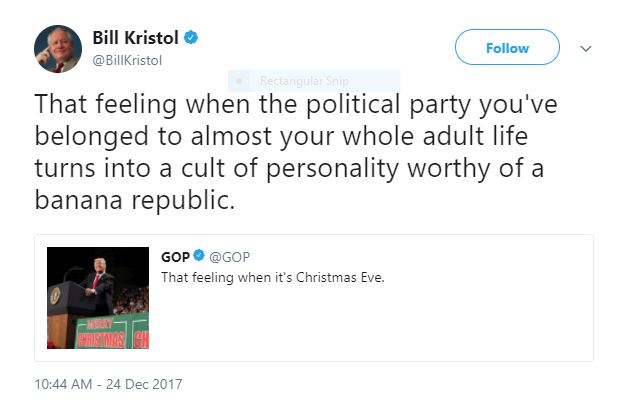 After that, we see links to Trump’s CNN bloodstained shoe as he has become the worldwide inspiration for despot leaders to make threats, arrests & even resort to physical violence against journalists.  I would highly suggest reading the article The year in freedom of the press.  There’s also a scary article speculating America has reached the last stage before collapse.  And in the next article America not yet lost, these 3 very enlightening paragraphs offer important warnings & hopes for the future:

Meanwhile, conservative media have given up even the pretense of doing real reporting, and become blatant organs of ruling-party propaganda. Yet I’m ending this year with a feeling of hope, because tens of millions of Americans have risen to the occasion. The U.S. may yet become another Turkey or Hungary — a state that preserves the forms of democracy but has become an authoritarian regime in practice. But it won’t happen as easily or as quickly as many of us had feared. Early this year the commentator David Frum warned that the slide into authoritarianism would be unstoppable “if people retreat into private life, if critics grow quieter, if cynicism becomes endemic.” But so far that hasn’t happened (thanks to a highly energized resistance).

Let’s be clear: America as we know it is still in mortal danger. Republicans still control all the levers of federal power, and never in the course of our nation’s history have we been ruled by people less trustworthy. This obviously goes for Trump himself, who is clearly a dictator wannabe, with no respect whatsoever for democratic norms. But it also goes for Republicans in Congress, who have demonstrated again and again that they will do nothing to limit his actions. They have backed him up as he uses his office to enrich himself and his cronies, as he foments racial hatred, as he attempts a slow-motion purge of the Justice Department and the F.B.I.

And even if voters rise up effectively against the awful people currently in power, we’ll be a long way from restoring basic American values. Our democracy needs two decent parties, and at this point the G.O.P. seems to be irretrievably corrupt. Even at best, in other words, it’s going to take a long struggle to turn ourselves back into the nation we were supposed to be. Yet I am, as I said, far more hopeful than I was a year ago. America is not yet lost.

From there see the link where all the suckers watching Fox & plugged into that entire echo-complex, are believing all the irrelevant conspiracy theories against Crooked Hillary are a last-ditch gamble to save Trump, which concludes with these startling overall public attitudes (it looks like most people know Trump is a liar):

But for all this bluster from Trump’s increasingly sycophantic congressional supporters, if this plan is to work he has to persuade a majority of the public that he’s more honest than Robert Mueller, the FBI and the Department of Justice. That part’s not looking good. CNN released some polling on public attitudes about the Russia investigation on Thursday and this result is astonishing:

Only 8 percent of the American people believe that their president has been completely truthful about an investigation into whether he colluded with a foreign government to win the election. One imagines Mueller isn’t losing sleep worrying about his reputation being tarnished by someone with a credibility gap of that magnitude. Trump’s the one who’s looking tired these days.

Also included below in related articles are some interesting Cheat Sheet thoughts, then as always several links exposing the nihilistic defilement of conservatism which has become Fox fake-news.  They’ve gone so far off the rails that they’ve recently gone full-Breitbart, which is really unhinged & far off in the crazy conspiracy zone.  People need informed by us (especially echo-people) how Fox is no longer a legitimate news source, but is off in delusion-land with the rest of the echo-disinformation media.  And as such, no matter whether someone is liberal, moderate or conservative, very little on Fox is to be believed, especially their evening prime-time shows.

We must warn people trapped by the echo because most have no idea what they’re being exposed to.  It’s demented far-right propaganda on steroids but not based on facts.  Such an affliction of tuning into that fake media can bring on brain-rot.  Fox & the rest of the echo seek to destroy legitimate journalism in favor of their extreme brand of contorted far-right radicalism.  Millions of conservatives inside that echo-bubble have been deceived, which it’s critical for our country some of them be rescued from their fanaticism & reacquainted with reality, giving the GOP a better-informed base.  The stakes are very high, so I do request your help by forwarding on this info or send people to The Voracs.  I make it simple by not saying much if anything to others about the blog site, its content or its origin, I just request they check it out & let me know what they think.

So even by putting a small dent in the collective mindset of echo-deceit, it can make a big difference in restoring the GOP & helping our nation.  It can also defeat this coordinated attack on democracy.  I thank you for doing your civic duty on behalf of America, which even some of the more bullheaded conservatives you encounter who disagree with you now, might someday thank you once they’ve come to realize you were right all along.  Also spread this sharp logo around.