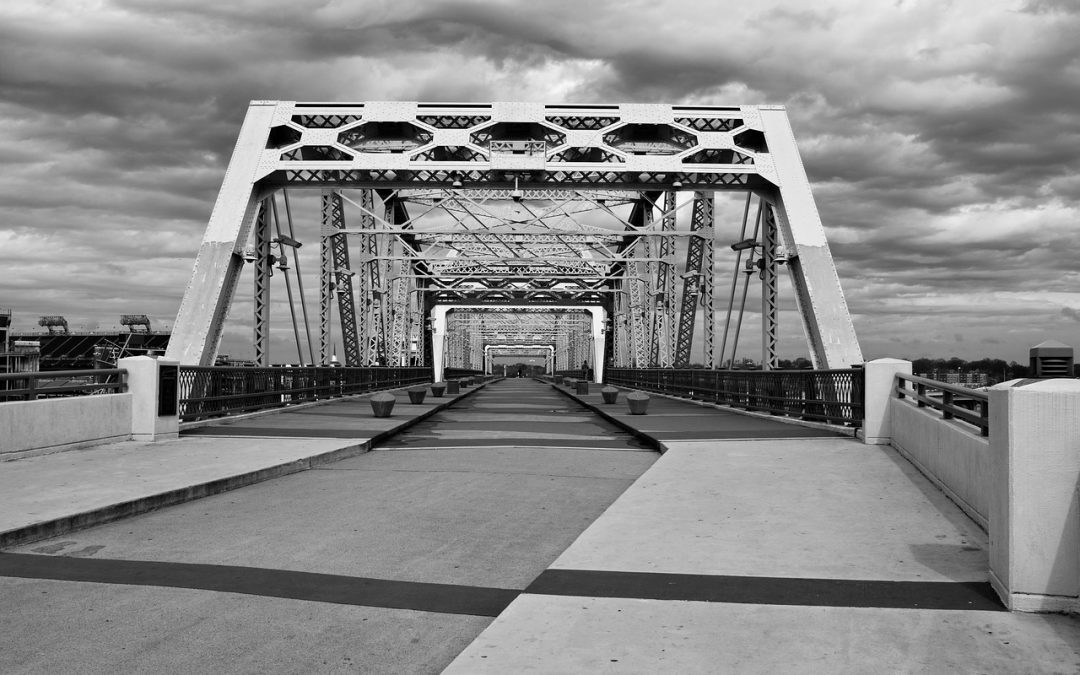 Economy Section Including Trump Infrastructure…. These part 3 sections always focus on our economy that is much sicker than the talking heads are letting on, with our political leadership clueless, feckless & way too focused on beating the other party than to courageously pursue real solutions.  The Related Articles at the bottom spell out what the menagerie of our various problems are.  In addition to these excerpts from stop-tackling-poverty-it-doesnt-begin-to-capture-americas-economic-problems, the article also mentions how half of all Americans don’t have $400 for an emergency.  In this, the nation creating the most wealth in the history of the world, I don’t know of any other statistic that so clearly illustrates something is fundamentally wrong with our economic system:

“Increasingly there are two Americas: one is secure, one is insecure,” argues Jonathan Morduch, co-author of The Financial Diaries. In our six-part series on the decline of America’s suburbs, we’ve explored the complexity of work-life stress in the suburbs when it comes to income volatility, housing insecurity, access to social services, and transportation. In much of the existing policy conversation about these issues, they fall under the framework of the “suburbanization of poverty.” But framing these problems as causes and symptoms of suburban poverty is misleading. What Americans are facing almost universally, in and out of the suburbs, is a new norm of persistent economic insecurity—a sense that they are one bad event from devastation. That’s a problem, whether people qualify as poor.

We used to think we could look around and “see” poverty, in a poor city neighborhood across the proverbial railroad tracks, or a poor town, and that’s how we knew it was there and a problem. Or because being black and being poor were conflated, which was how policymakers and the wider public often “identified” poverty in America. Think, for instance, about Donald Trump responding to a question about U.S. racial divisions by characterizing those living in our “inner cities” as “living in hell.” But, if there ever was, there’s no longer such a thing as middle-class, poverty-free places. And the current economic indicators policymakers rely on aren’t helping to make this any clearer. Most people will experience poverty in their lifetimes temporarily due to job loss, illness, family splitting up, to name a few causes. But just because you’re not poor, that is to say falling below the official poverty line, doesn’t mean you don’t struggle; the technical measure doesn’t capture experiences of insecurity. We need to stop focusing on who is and isn’t poor at a given point in time and start thinking about economic insecurity as a new normal, in the suburbs and elsewhere.

Review this excerpt from tax-cuts-republicans-gop-fail-opinion, where it’s becoming increasingly apparent the Trump tax cuts aren’t living up to its promises:

The Republicans passed their regressive tax bill last year in the face of widespread public opposition, with defections by House members from suburban districts and a rushed legislative process that made a mockery of the idea of deliberative government.  Even so, they managed to deliver all of their votes in the Senate, including the self-styled deficit hawks who made a big show of concern before caving to party orthodoxy. And despite their most fervent wishes and a brief blip in the polls, the new tax law is still not popular.  As I described in companion columns on Verdict and Dorf on Law last week, the public has very good reasons for hating a law that was very clearly designed to worsen already historic levels of inequality.  To their credit, people are not being bought off with a few extra dollars in take-home pay. Paul Krugman summarized the unfortunate reality that businesses are using their tax cuts to make their owners richer, not to invest in new equipment or engage in activity to make the economy stronger.  He even noted the possibility that the bill could, for reasons grounded in mainstream economic theory but that are nonetheless quite counter-intuitive even to economists, decrease rather than increase workers’ pay.  To his credit, Krugman does not trumpet that possibility by shouting that “tax cuts will decrease wages,” saying instead that it is unclear what will happen but we should be aware of all possibilities.

In other articles, for the many lacking the marketable skills & unable to find decent-paying jobs, the gig economy is an option, which is no bargain: the-gig-economy-celebrates-working-yourself-to-death.  Moving on down the list of links, we’re seeing a huge price being paid on the opioid crisis in terms of lives & economic activity: opioid-crisis-has-cost-us-close-1-million-workers-702-billion-study.  Students are increasingly bearing the burden of huge debts to go to college congress-must-act-before-america-falls-into-a-student-loan-debt-crisis, which if they don’t run up those student loans, their futures could likely be much bleaker from not having that degree.  In a city like Chicago, the glittering downtown is but a few miles from the dangerous neighborhoods, yet they are worlds apart: chicago-segregation-poverty.  So instead of struggling workers, students or those mired in poverty, the party in control of DC these days are far more concerned about tax cuts & deregulating Wall St. for you-know-who: wall-street-bonuses-banks.

On the subject of Trump infrastructure, he just gave a pep talk here in northeast Ohio on the need for it, but he’s passing the burden on mostly to the states.  They can’t afford it any more than the feds can.  I do agree much of our infrastructure needs a major upgrade.  Maybe if they had not given so much revenue away by cutting taxes mostly for corporations & the wealthy, more federal dollars could have been devoted toward infrastructure.  The rambling Trump infrastructure speech Thursday (trump-infrastructure-speech-rosanne-syria) provided lies about new pictures he tweeted of a border wall: trump-repeats-border-wall-lie.  Which reminds me, our military isn’t part of Mexico, are they? (trump-pushing-pentagon-to-pay-for-border-wall-report)

Under the category of government needing to be more proactive, this may be totally out of character for me as I paid him some compliments in part 1, but I also agree with him that a hard look should be directed towards Amazon.  I know conservatives & especially libertarians say let the free markets be, but Amazon is putting its tentacles in most every industry, with the wealth, power & leverage to decimate so many small businesses throughout the spectrum.  There are just too many business owners & workers whose livelihoods are threatened, plus a free market demands fair competition to operate for the public good, than to allow a monopolistic behemoth to run roughshod & start dominating the supply of practically all our goods & services.  Having to pay sales taxes is one area where brick & mortar stores have a disadvantage compared to internet commerce: trump-slams-amazon-they-pay-little-or-no-taxes-to-state-and-local-governments.

To the extent political leadership cozies up to Amazon, that risks a slide towards crony capitalism where corporate & governmental leadership join forces to usurp all the control, which such a system can be every bit as repressive to the people in restricting their freedoms & economic prosperity as a communist dictatorship.  So I applaud efforts by Trump to somewhat contain Amazon before the bloodletting results in thousands of businesses going belly-up, although in Trump’s vindictiveness we can’t help but wonder if his motives stem from Jeff Bezos owning the Washington Post.  Plus in his poor judgement, his remedies may be way off base: amazon-in-trump-s-crosshairs-here-s-what-the-president-could-do.  It’s what we always see from Trump, great at articulating the problem but has no idea how to fix it.  Overall, for the sake of competition & the public good, government shouldn’t look to punish companies, but it’s within their prerogative to use instruments like tax & antitrust laws for making the playing field a little more level.  The oligopolies we’ve seen springing up in numerous industries during this age of modern-day capitalism defeat the purpose of even having free markets, so we need to figure out a better way.  When the big fish keep swallowing the little fish, good jobs keep disappearing.

Check out the various links in the Related Articles, which the first group offers a hodgepodge of economic issues.  Other topics below besides Trump infrastructure & Amazon I commented on, include health care, deficits, guns, dark money, gerrymandering & the census.  And for the Easter holiday weekend, hear/enjoy the big choir.

Time to celebrate the Resurrected Lord!  It’s the resurrection that gives us faith a far better world awaits at the end of our journey in this life…. 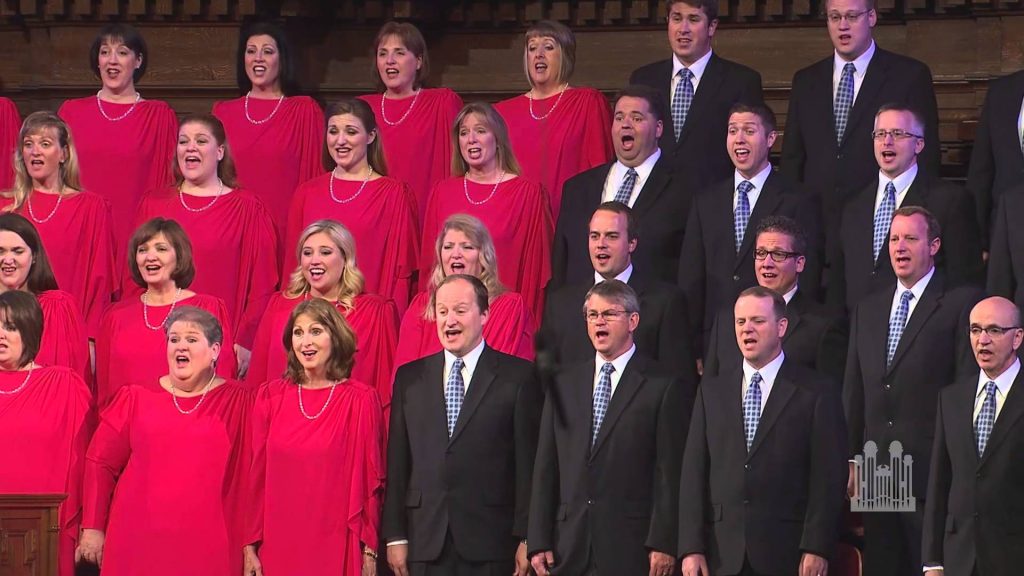