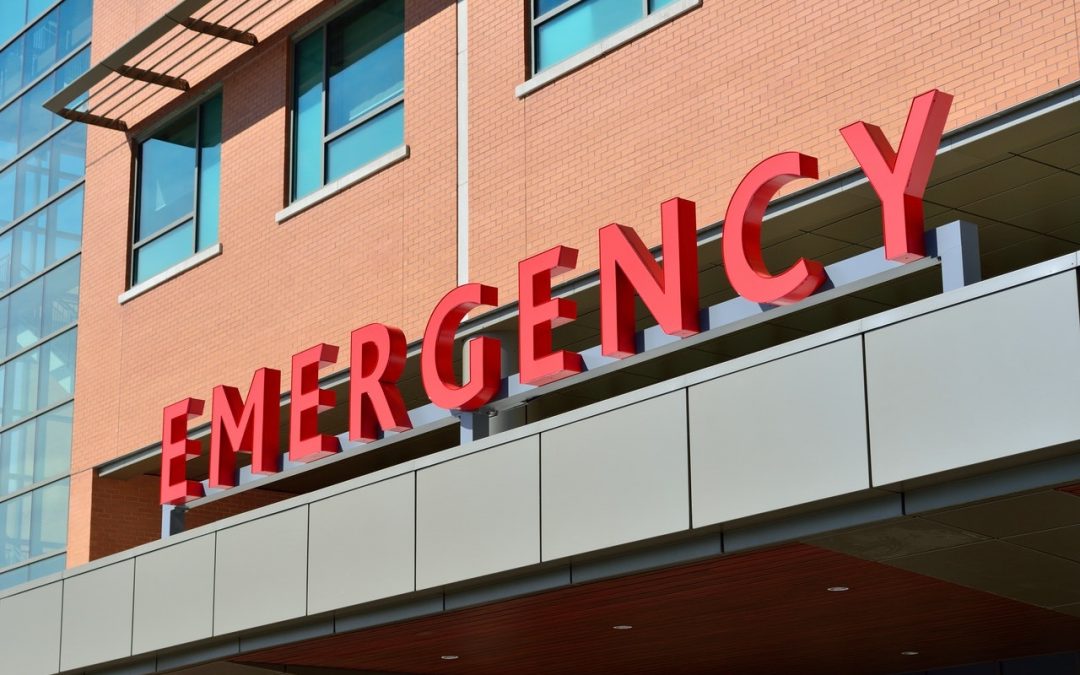 Economy Section
The major news over the weekend till now has been the shutdown. There were tons of articles about it, so I devoted a whole section to it below under this economy commentary & links.  The very first economy article is the sobering reality millions-of-americans-are-one-paycheck-away-from-the-street.  Then we see a group of articles about an Oxfam study which reveal these shocking statistics I’ve pulled from different articles:

The three richest Americans have the same amount of wealth as the poorest half of the U.S. population. And 82% of the global wealth generated last year went to just 1% of the world’s population.There are now 2,043 billionaires worldwide, according to the report, “Reward Work, Not Wealth.” Nine out of 10 of them are men. Collectively, their fortunes grew by $762 billion in 2017, while the poorest half of humanity saw no increase in their wealth at all. “The concentration of extreme wealth at the top is not a sign of a thriving economy but a symptom of a system that is failing the millions of hard-working people on poverty wages who make our clothes and grow our food,” Mark Goldring added. “The economic model is not working at all,” Oxfam report co-author, Iñigo Macías Aymar, told the Thomson Reuters Foundation. “The way this wealth is being distributed we are really worried, it’s being concentrated in fewer hands.” Income inequality is worsening across the globe, which has a corrosive impact on social institutions, the standard of living for the poor and near-poor, and is linked to political unrest, Oxfam said. The dangers of inequality aren’t a new rallying point, yet despite a lip service lawmakers and the rich pay to it, the wealthy continue to pull away from the poor and middle class.

I’ve always believed in a free-market capitalist system, but these numbers show something has run amok.  In theory, people should be free to earn as much as they want, based on the free market rewarding them for the value they bring to the table.  But the results in our modern-day global economy have been badly skewed.  It’s like a bell curve where the mega-wealthy have gone well past the point of maximizing the value they provide for the economy, entering into the zone of diminishing returns.  It’s due to so many industries being dominated by fewer players, existing in a virtual oligopolistic environment.  The mammoth corporations have evolved where they swallow up or dominate smaller competitors, can control their supply chains & workers’ wages, plus earn gigantic profits through their buying power & high sales volume.  It will be hard to figure out a way to buck the system, but we must figure this out, since the huge disparities are only destined to keep getting worse.  These Slate articles I had in other recent messages, where they provide an interesting theory that the problem with wage growth being so stagnant for decades, has come from too few employers in our modern economy.  We’ve seen that play out in smaller companies disappearing & in fewer start-ups.

Other economic troubles in the links below include stories on retail, healthcare & coal.  Then we see a group explaining the challenges in Trump’s economy & some dumb moves.  I believe with the Trump economy, too many give him credit for factors he had little to do with.  See an AP Fact Check on Trump’s statements on unemployment, where he previously called Obama’s low unemployment rates towards the end of his presidency a hoax, while now his similar low unemployment marks what he refers to as the greatest economy ever & a testament to his brilliance.  The real facts are we’re still dealing with the same chronic structural issues, that of underemployment & long-term unemployed, low participation rates, stagnant wages & rising income inequality.

At the risk of offending my growing liberal audience, towards the bottom are a couple articles encouraging to me on deregulation & pro-life. Just because I constantly bash the GOP & liberals enjoy my commentaries far more than conservatives, I’m still a center-right conservative in the traditional sense, before the echo dragged the GOP way out on the radical right.  So I’ll keep calling out what has become of modern-day conservatism until we can finally break this echo-fever of irrational nihilistic extremism, which has hijacked the party & done such great damage to America through propagating polarizing gridlock.  So being a lifelong GOP supporter, I’m uniquely positioned to question the wretched buffoonery which has been in control of my former party.  But there are times my core center-right conservatism shines through.  Please see the two links under Good News for Conservatives.  I do believe a less regulatory climate can help businesses, hiring & wages, while the science revealed in the pro-life article can help reveal what a hideous procedure abortion truly is, especially late-term abortions.  Becoming a pro-life nation can best be accomplished through such objective information helping change hearts & minds, without feeling the need to vote for a dangerous/incompetent klutz for president just because he’ll appoint a conservative judge.

Trump’s entire set of accomplishments in his first year can be boiled down to Gorsuch, deregulation & tax cuts.  The latter two were done in such a partisan, haphazard way, only time will tell whether they end up doing more good than harm.  If too many worthy regulations are removed, environmental & safety concerns will arise, or financial institutions might have the green light to pick the pockets of the little people to pile on more billions for their Wall St. coffers.  The tax cuts were mainly crafted by supply-side, trickle-down advocates, which I believe is way out-of-step with the times.  We can expect once we get past this period of heightened optimism, where corporate leaders have boosted investments from treating this long-sought-after tax cut like a shiny new toy, that once the novelty wears off we’ll see higher deficits with middle-class workers yet again finding themselves holding the bag.

Today we saw a rare bipartisan spirit in the Senate, where different sides actually talked to each other in a civil way.  It’s likely to only be temporary.  Extending the inevitable another 2 1/2 weeks doesn’t really solve much.  Chances are the next shutdown will become far worse.  I think the Dems took the deal today to get the agreed 6-year reauthorization on CHIP off the table.  But it’s hard to imagine assurances from McConnell to work out something on DACA having much muscle behind it, not when the prez has a pattern of caving to hardliners in the Freedom Caucus & the echo over immigration, especially when they start screaming AMNESTY.  Something along the lines of the bipartisan Graham-Durbin deal would indeed be preferable.  Otherwise, a potential shutdown coming February 8th could be far more contentious, with Dems not caving next time to another CR, so the next shutdown could become rather longstanding with neither side giving in.  Next time the Dem base won’t allow their side to cave without a DACA solution.  Since that’s what the public wants too, a path to allow Dreamers to stay in the U.S., the GOP either agrees to a DACA for wall deal, or they’ll pay a big political price starting Feb. 8th as they’re seen as the party causing another shutdown.  Liberals complain Schumer capitulated, but the Dems will have the public on their side come the second week of February.

This paragraph & the next were thoughts I wrote up over the weekend before Congress voted for a 17-day extension.  But I kept these comments in this message since there are lessons to be learned here, because we’re likely about to go through the same thing beginning February 8th.  Make no mistake, this was the Trump shutdown & it could happen again.  Prior to the agreement on Monday, Dems were open to a wall in exchange for a deal on CHIP & DACA, which the prez was also amenable to.  But then he heard the concerns from the far-right extremists in Congress & the echo, from which he totally switched his position.  We have a leader making decisions based on the outrageous bombasts coming from the Fox propagandists, which as we’ve observed Trump can see just one slanted opinionated segment from that network which totally changes his mind.  That’s why as Schumer stated, dealing with him is like negotiating with jello.  The renowned great dealmaker for real estate deals seems lost on making deals for advancing governing, backtracking from his original stance in a bipartisan meeting where he claimed he’d sign whatever bill Congress brought him.  Since then he’s been strangely silent on the shutdown negotiations, while releasing a reprehensible & misleading ad over the weekend accusing Dems of being complicit to murder.  He has certainly shown NOT to be a leader.  Lindsey Graham has actually filled the leadership void left vacant by Trump.

Since the prez is totally clueless & bends to whichever way the wind blows, on this Trump shutdown deal it’s apparent John Kelly, Stephen Miller, the Freedom Caucus & Fox News are calling the shots for the White House.  All of them take unreasonably extremist positions on immigration & DACA.  The Graham-Durbin bill made a lot of sense, providing a bipartisan deal with something for both sides, but those far-rights radicals shot it down. The Dems might hold steady on their demands for a DACA deal, since the GOP being the party in power are generally being seen as responsible for the shutdown, & the country as a whole is nearly 90% supportive of Dreamers being allowed to stay in the U.S.  And Schumer & other Dems are willing to give Trump his wall in exchange for a DACA deal.  But neither party comes out looking good in this mess, since it only confirms the perception DC is dysfunctional & mired in gridlock.  Trump may not care about the shutdown & all the other calamity he causes to make headlines, since it helps take the attention off the Russian scandal.  One of his top staff members even said causing the shutdown was kind of cool.

So the first group of links below are Monday’s headlines after the deal was struck, with the other group being weekend headlines before the deal.  In the very first article under Weekend Headlines, republicans-can-win-elections-but-they-cant-govern, it chronicles a party being led around by the nose from extremist hardliners & the echo, from which it offers this conclusion:

If GOP leaders had allowed the majority of Congress to work its will, the shutdown might have been avoided. If, when that did not happen, the president had negotiated in good faith, the government would still be open. Forcing a shutdown is a drastic legislative act that should not be welcomed. But neither should Republicans’ unreason and inconsistency. This is no way to run a country.

An Oldies to Recognize the Shut Down…. 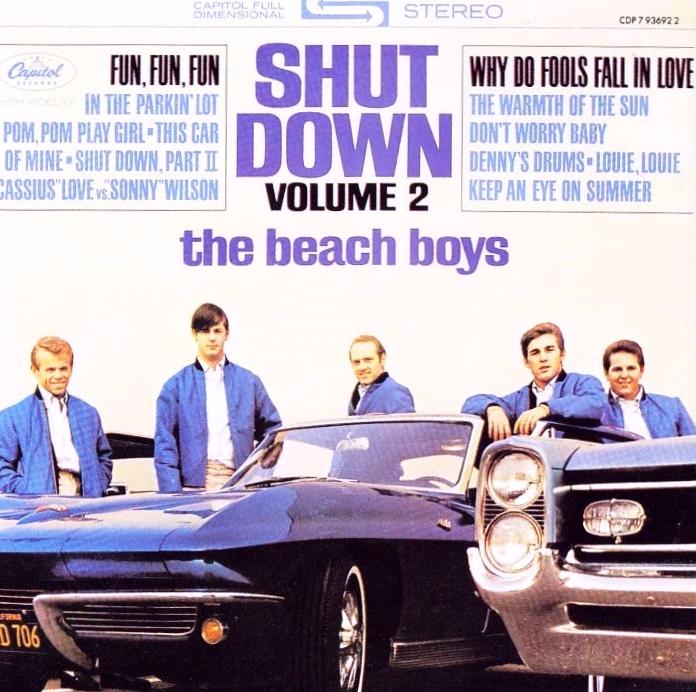