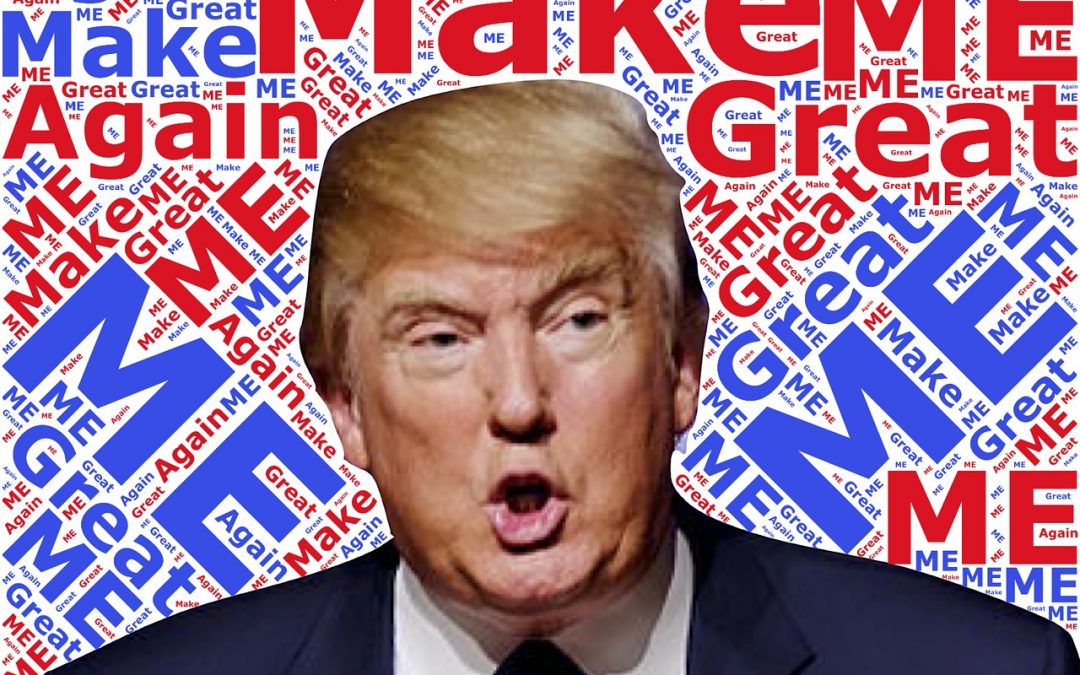 Elsewhere, Trump has engaged in a bromance with North Korea’s Kim Jong Un, the worst persecutor of Christians in the world, and established more intimate and admiring relationships with many of the world’s despots than with leaders of America’s traditional allies. And on issues that have traditionally concerned conservative evangelicals, such as fiscal responsibility and limited government, Trump has been awful: The deficit and the debt exploded under his watch, even pre-pandemic.

Now think about what the cost has been of the uncritical support given to Trump by evangelical Christians. For now, focus just on this: Christians who are supporters of the president have braided themselves to a man who in just the past few days and weeks tweeted a video of a supporter shouting “white power” (he later deleted it but has yet to denounce it); attacked NASCAR’s only Black driver, Bubba Wallace, while also criticizing the decision by NASCAR to ban Confederate flags from its races; threatened to veto this year’s annual defense bill if an amendment is included that would require the Pentagon to change the names of bases honoring Confederate military leaders; referred to COVID-19 as “kung flu” during a speech at a church in Phoenix; and blasted two sports teams, the Washington Redskins and the Cleveland Indians, for considering name changes because of concerns by supporters of those franchises that those team names give undue offense.

For his whole life, before and since becoming president, Trump has exploited racial divisions and appealed to racial resentments. The president is now doing so more, not less, than in the past, despite the fact—and probably because of the fact—that America is in the grips of a pandemic that he and his administration have badly bungled and that has claimed more than 130,000 American lives. As The New York Times’ Maggie Haberman pointed out on July 6, “Almost every day in the last two weeks, Mr. Trump has sought to stoke white fear and resentment.” White evangelicals are the core of Trump’s political support, and while the overwhelming number of the president’s evangelical supporters may not be racist, they are willing to back a man who openly attempts to divide people by race. That would be enough of an indictment, but the situation is actually a good deal worse than that, since Trump’s eagerness to inflame ugly passions is only one thread in his depraved moral tapestry. My hunch is that at the beginning of this Faustian bargain, most evangelicals didn’t imagine it would come to this, with them defending the indefensible, tarnishing their reputations, and doing incalculable damage to their causes.

This is the worst year for America in more than a half century; a stunning 87 percent of Americans are dissatisfied with the way things are going and only 17 percent feel proud when thinking about the state of the nation, while 71 percent feel angry and 66 percent are fearful. Donald Trump’s presidency is so polarizing and such a catastrophe that a plurality or outright majority of Americans now oppose much of whatever he supports. The mood of the public is the most progressive it’s been in nearly 70 years. During the Trump era, the nation has moved to the left on a whole series of issues, including those that matter most to evangelical Trump supporters.

The Trump presidency, which has produced few significant legislative or governing achievements, has inflicted gaping wounds on the Republican Party, conservative causes, and the evangelical movement. The greatest cost of the Trump years to evangelical Christianity isn’t in the political sphere, but rather in what Christians refer to as bearing witness—showing how their lives have been transformed by their faith. Much of the evangelical movement, in aligning itself with Donald Trump, has shown itself to be graceless and joyless, seized by fear, hypocritical, censorious, and filled with grievances. That is not true of all evangelicals, of course, and it’s not true of all evangelicals who are Trump supporters. But it’s true of enough of them, and certainly of the political leadership of the white evangelical movement, to have done deep injury to their public witness.

I know this firsthand, from pastors around the country who have talked about the catastrophic effects of the unholy alliance between evangelicals and Donald Trump. One pastor of a large church on the Pacific Coast told me: “There are many reasons why young people are turning away from the Church, but my observation is, Trump has vastly accelerated that trend. He’s put it into hyperdrive.” This pastor, a lifelong Republican who declined to be quoted by name because of the position he occupies, wrote that “for decades Hollywood has portrayed conservative Christians as cruel, ignorant, greedy, and hypocritical. For 20 years I have worked, led, and sacrificed to put the lie to that stereotype, and have done so successfully here … Because of how we have served the least of the least, city officials, school officials, and many atheists have formed a respect for Jesus and his church. And I’m watching all that get washed away.”

He added, “Yes, Hollywood and the media created a decidedly unattractive stereotype of Christians. And Donald Trump fits it perfectly. Made it all seem true. And sadly, I now realize that stereotype is more true than I ever knew. It breaks my heart. In volleyball terms, Hollywood did the set, but Trump was the spike that drove the ball home. He’s everything I’ve been trying to say isn’t what the church is all about. But sadly, maybe it is.” In the midst of the wreckage, Trump’s evangelical supporters will undoubtedly comfort themselves with this thought: They got Gorsuch.

This unfortunate allegiance to Trump, regardless of any short-term gains, has the potential to forever tarnish the evangelical church.  Other links to recent evangelical news is here following this reply I just sent out to a Christian brother:

Hello Joe…Trump is a big phony, always pandering to his base in order to get reelected & glorify himself.  The bigger question is how many might be relegated to hell because the obvious hypocrisy & moral duplicity they see from the faithful are driving them away from the church.  There’s no denying evangelical Christians are the primary group empowering Trump.  And if he gets reelected, they will be to blame.  Evangelicals need to switch gears & vote Biden, breaking this unholy allegiance to an evil king in order to start restoring the good name of the evangelical church.  We have to ask, would Jesus display this same kind of blind fervent devotion to an immoral character as evangelicals do?

From the man credibly accused by around 20 women of sexual abuse, assault or rape, plus the Access Hollywood tape where he bragged about abusing women.  Let’s also recall other ways Trump himself admitted to being a sexual pervert, like barging into the dressing rooms of naked teenage girls: